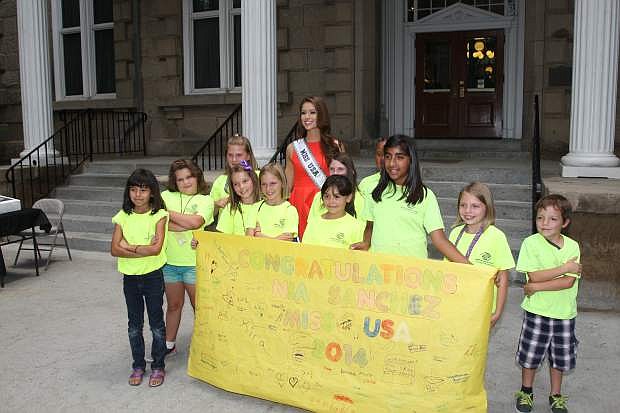 Nia Sanchez, Miss USA, poses with children from the Boy&#039;s and Girl&#039;s Club of Carson City on Wednesday.