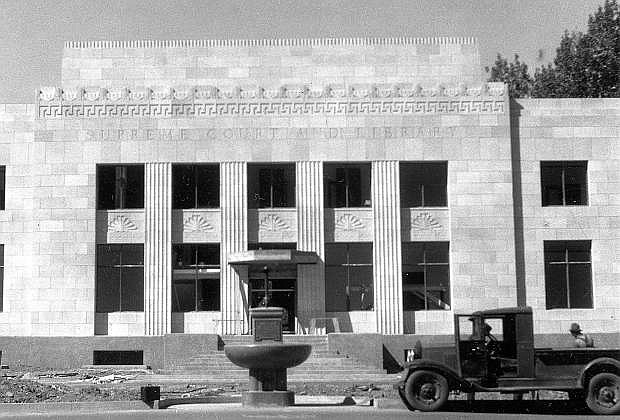 The Supreme Court and State Library building under construction in 1937. The fountain in front was donated to Carson City in 1909 and used to water animals at the intersection of Carson and King streets.