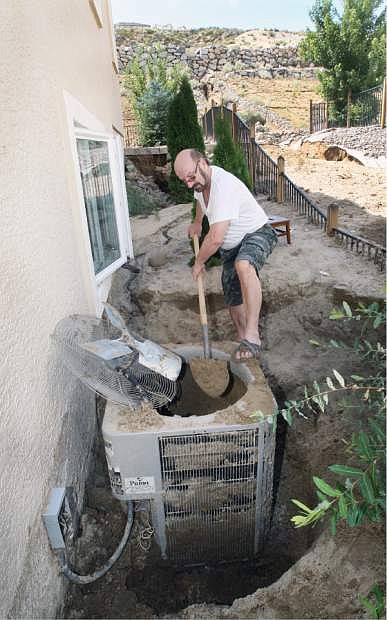 Roman Friedman, who lives on Long Drive in Sunridge digs out his air conditioner on Monday after it was buried in nearly five feet of sand that washed down the hillside behind his home during Sunday&#039;s severe thunderstorm,