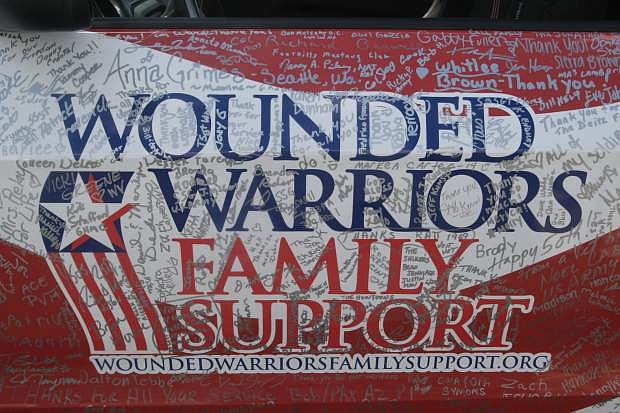 The door of a 2014 Ford Mustang Shelby GT500 is covered with signatures for the High Five Tour 2014. More than a thousand people have signed the car.