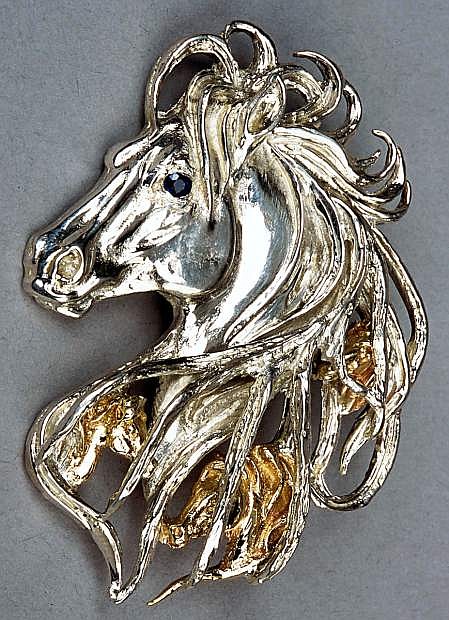 Ghost Horse made of sterling silver, gold and precious stone.