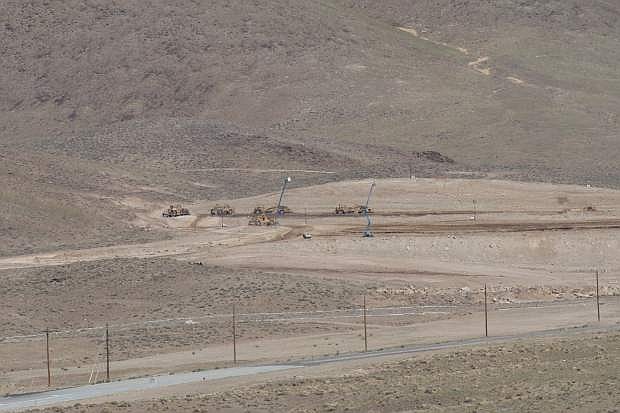 A large swath of land is shown being prepared for construction off of USA Parkway east of Reno for what could be the new Tesla &#039;gigafactory&#039; battery complex.