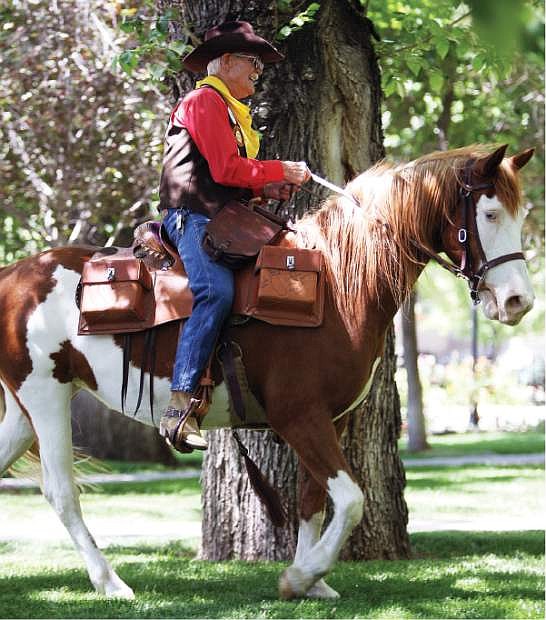 Bob Moore rides onto the grounds of the Nevada State Capitol on Thursday.