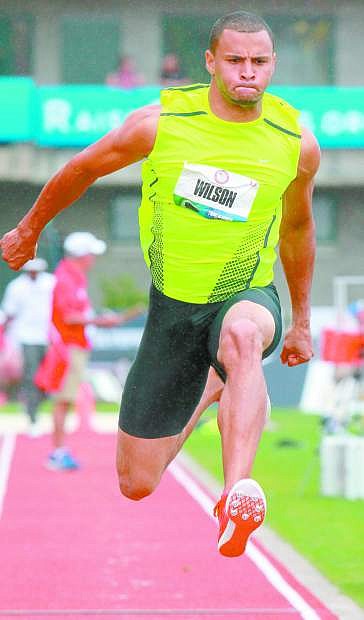 Fallon native Aarik Wilson competes in the triple jump at the USA Olympic Track and Field Trials in Eugene, Ore., in 2012.