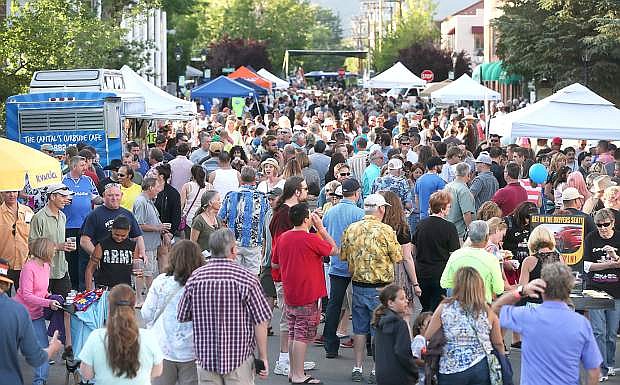 Several thousand people fill downtown Carson City for the 21st annual Taste of Downtown on Saturday. The event, which features more than 40 local restaurants, is the major fundraiser for Advocates to End Domestic Violence.