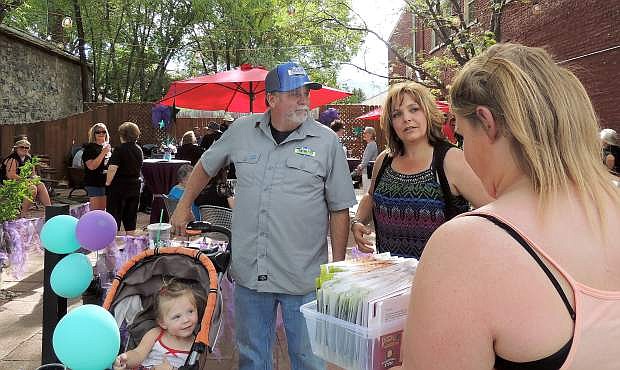 Joel Dunn, Carson City&#039; Convention and Visitors Executive Director, with his wife, Sheri, and their grandchild, enjoy the Taste of Downtown event on Saturday.