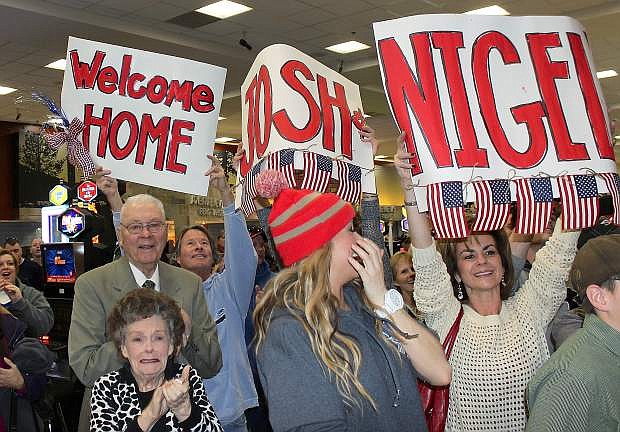 Family and friends, many of whom are from Carson City, wave signs welcoming home Chief Warrant Officer Josh Groth and 1Lt. Nigel Harrison.