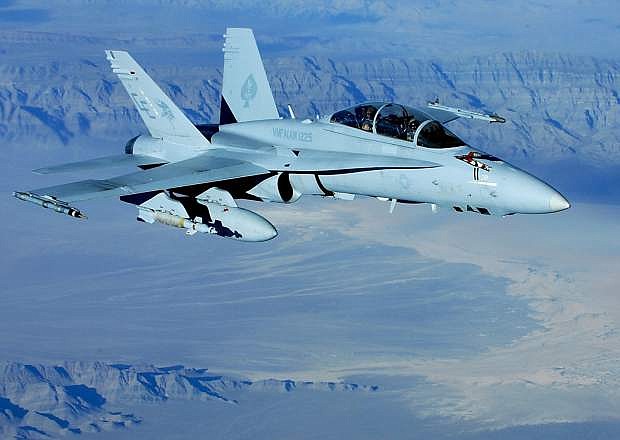 A U.S. Marine Corps F/A-18 similar to this one crashed Saturday in rugged terrain east of Fallon. This aircraft was patrolling the skies over the Nevada Test and Training Range in June 2010.