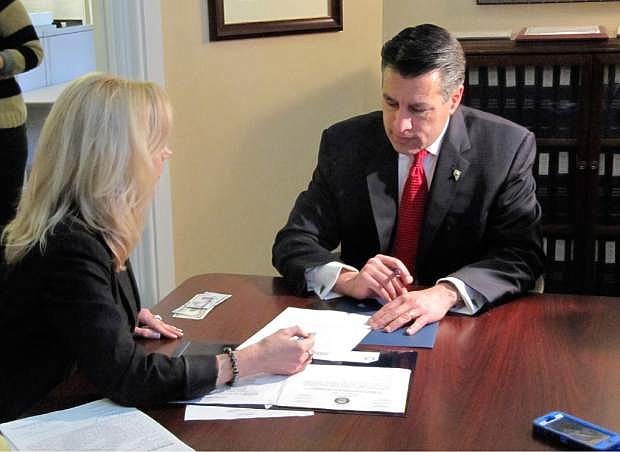 Gov. Brian Sandoval said last week he and his staff are aware the budget frowingmore than what state coiffers are taking in.