Nevada celebration the icing on the cake 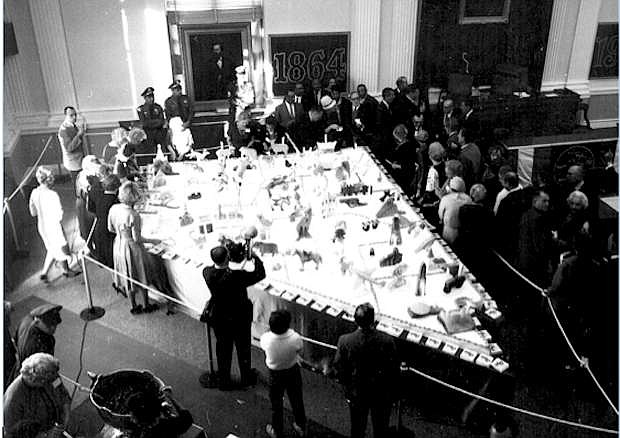 Dignitaries cut the Nevada shaped cake at the centennial cake event held in 1964. The Battle Born Birthday Cake committee will debut their cake on March 21.