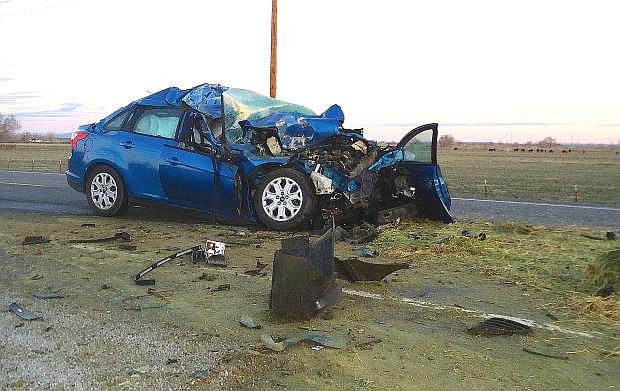 Justin Edgemon of Fallon was killed in a two-vehicle collision on Tuesday on U.S. Highway 50.