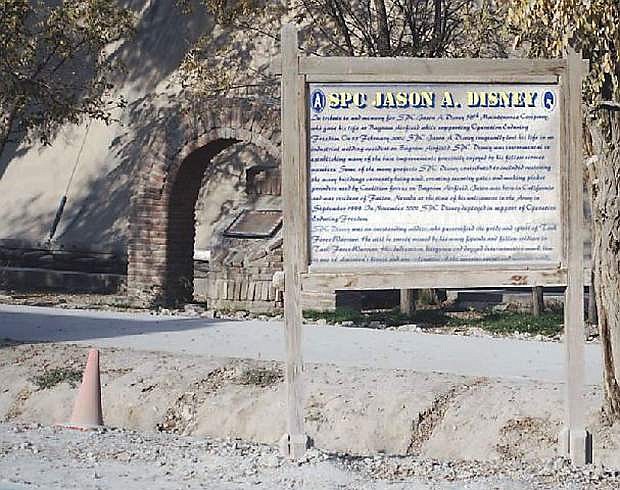 The main street at Bagram Air Field is named after Fallon&#039;s Jason Disney, who was killed at the air facility 1 years ago.