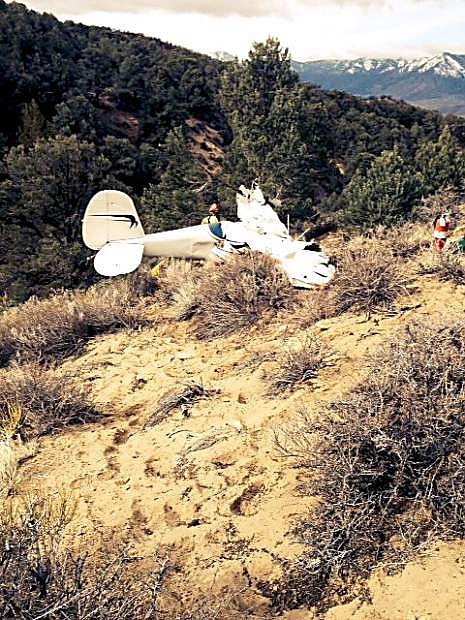 A plane that crashed east of Carson City, which was found on Sunday.