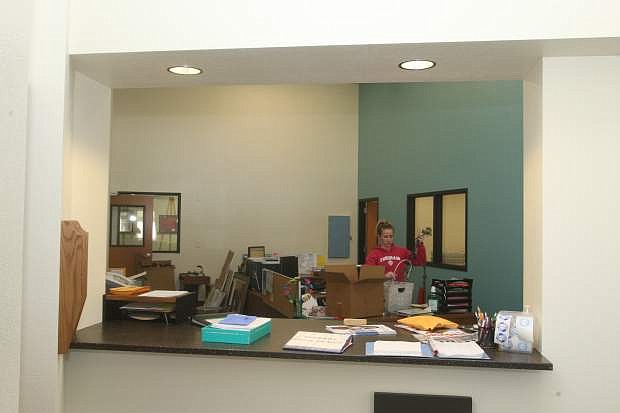 Bordewich-Bray Elementary School office manager Danielle Reinhardt organizes her desk space on Monday after the renovation of the school&#039;s front office and entrance.