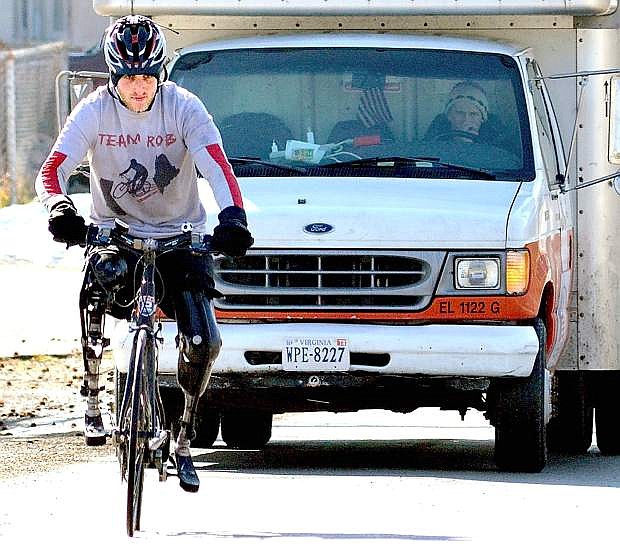 Marine veteran and double-amputee Rob Jones cycles across the country to raise awareness for military veterans and charities.