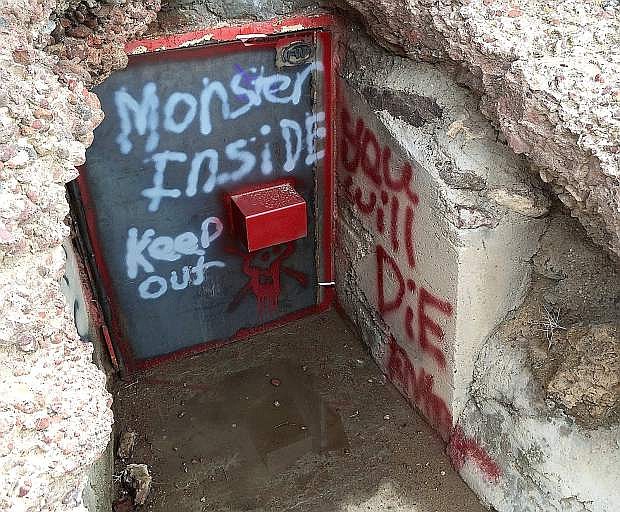 Vandals struck Hidden Cave east of Fallon recently leaving graffiti and bullet holes in a building. A $1,000 reward is being offerd for information about the person or persons responsible.