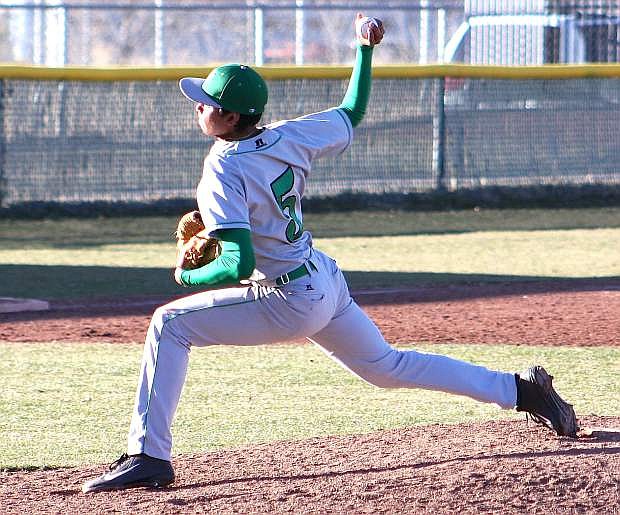 Fallon starting pitcher Alex Mendez picked up the win against North Valleys to open the 2014 season on Thursday in Reno.