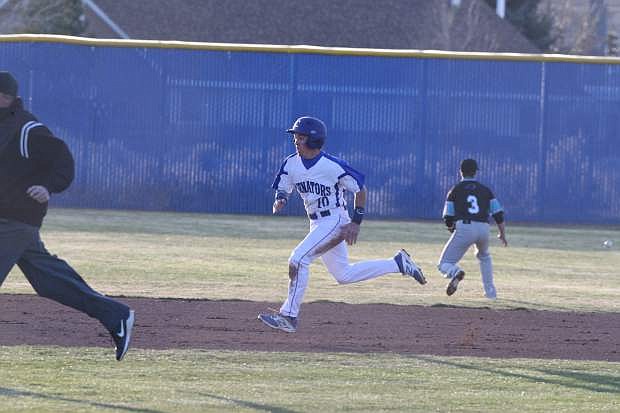 Gehrig Tucker out runs a relay throw to third base for a triple against North Valleys on Tuesday.