Back on the dirt 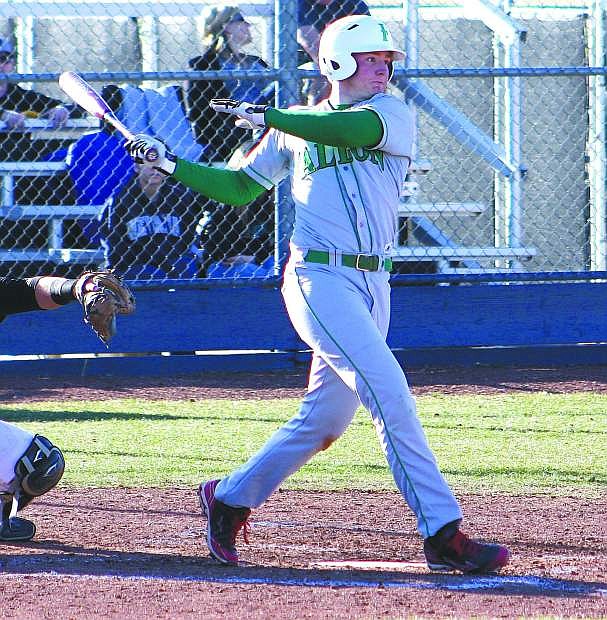 Fallon&#039;s Cody Long swings at a pitch during a game last week in Reno. The Wave host Truckee this weekend.