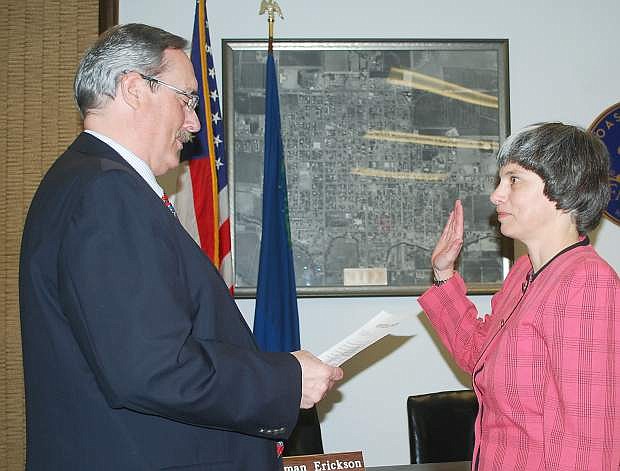 Mayor Ken Tedford Jr. administers the oath to Kelly Frost, who was selected as the new councilwoman on Tuesday to replace Rachel Dahl.