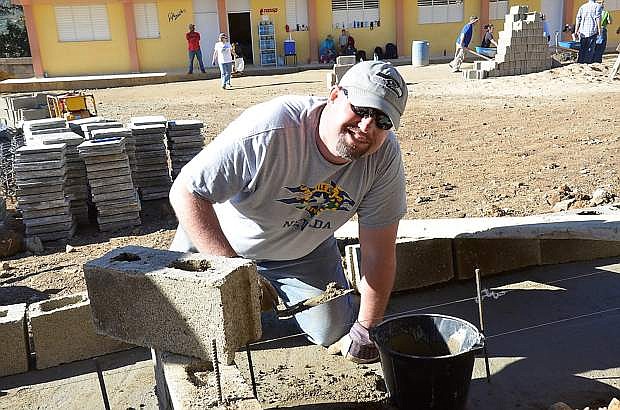 Keith Boone applies cement for a brick wall he was building at the vocational school in Constanza, Dominican Republic.