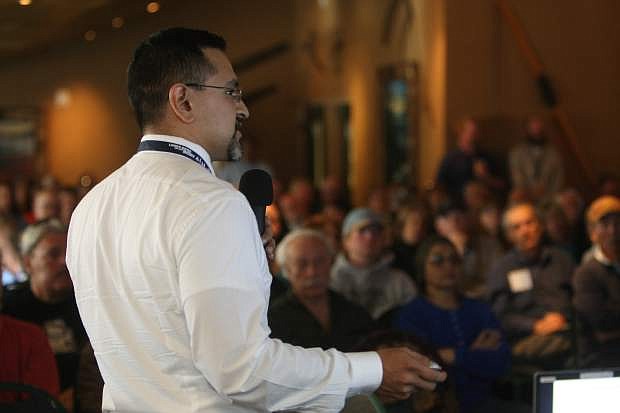 Pedro Rodriguez, project manager for the Nevada Department of Transportation, explains the project and the timeline during a meeting about the Kingsbury Grade pavement reconstruction project on Wednesday at the Ridge Tahoe.