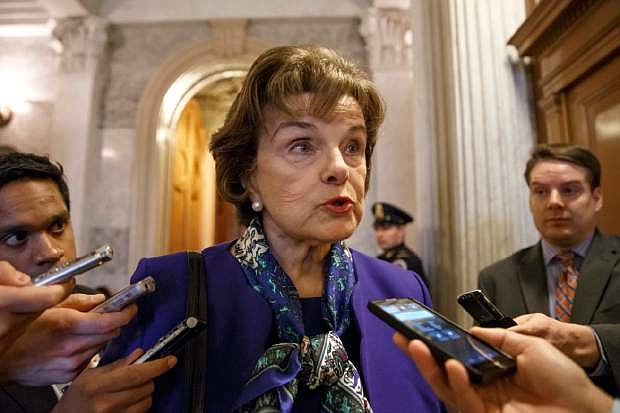 FILE - This March 11, 2014 file photo shows Senate Intelligence Committee Chair Sen. Dianne Feinstein, D-Calif. speaking to reporters as she leaves the Senate chamber on Capitol Hill in Washington. A Senate intelligence committee vote next week to release key sections of a voluminous, still-secret report on terror interrogations would start a declassification process that could severely test the already strained relationship between lawmakers and the CIA, and force President Barack Obama to step into the fray. (AP Photo/J. Scott Applewhite, File)