Airman of the Year overcamebad break during childhood 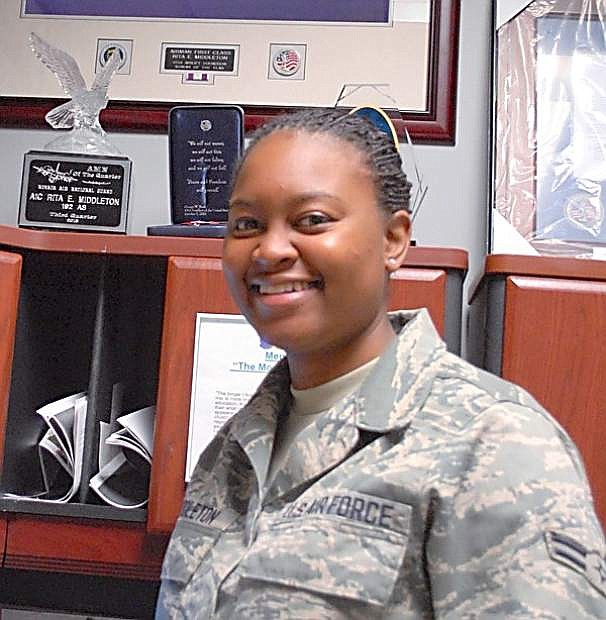 Airman 1st Class Rita Middleton, an aviation resource manager in the 192nd Airlift Squadron, overcame a bad break in her childhood to become one of the most decorated individuals in the Nevada Air Guard.