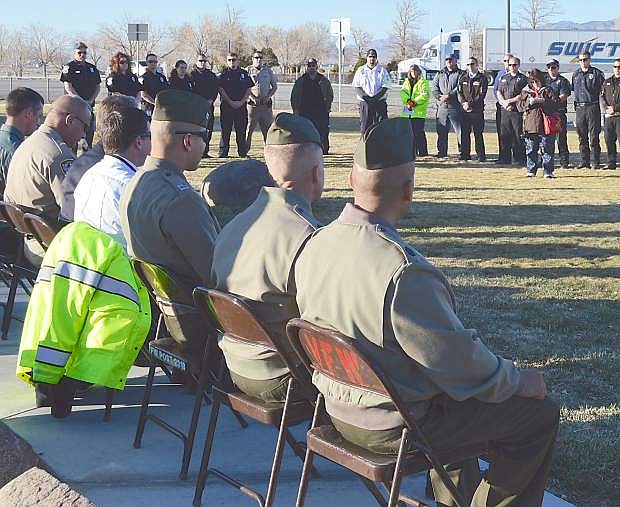 Marines, first responders and the Hawthorne community commemorated the one-year anniversary when seven Marines were killed in a mortar accident.