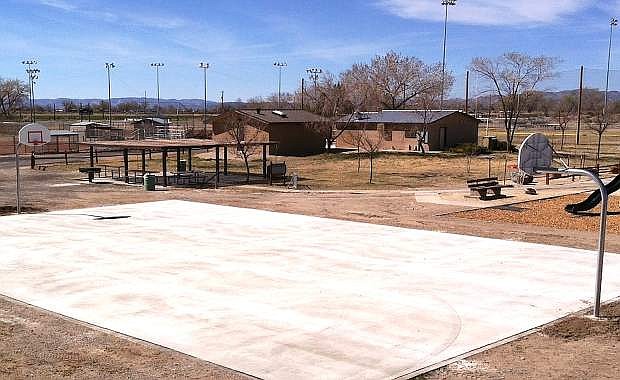 A new outdoor basketball court next to the Churchill County Indoor Pool is open for residents.