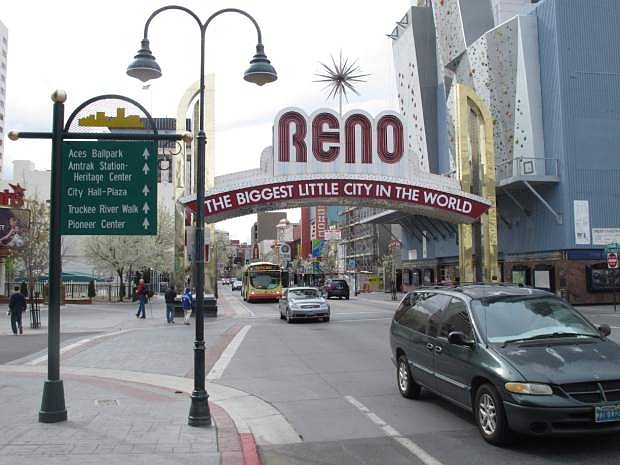 Pedestrians and traffic on Virginia Street on Thursday, March 27, 2014, in downtown Reno, Nev., where local tourism officials say visitors spent more money and stayed longer last year than they did two years ago. The Reno-Sparks Convention and Visitors Authority said a new survey shows gamblers still drive the Reno-Tahoe market but outdoor recreation and sightseeing in the Sierra are bringing more families and others to the region. (AP Photo/Scott Sonner)