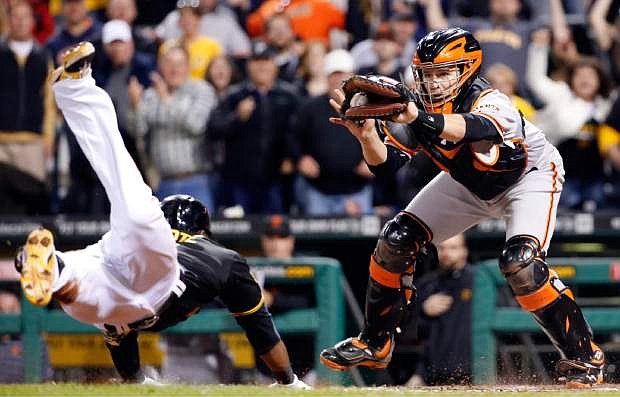 Pittsburgh Pirates&#039; Starling Marte, left, begins his slide as San Francisco Giants catcher Buster Posey gets the throw during the ninth inning of a baseball game in Pittsburgh, Tuesday, May 6, 2014. Marte was called out but the call was overturned upon review. It was a walk-off triple, and an error, allowing Marte to score. The Pirates won 2-1. (AP Photo/Gene J. Puskar)