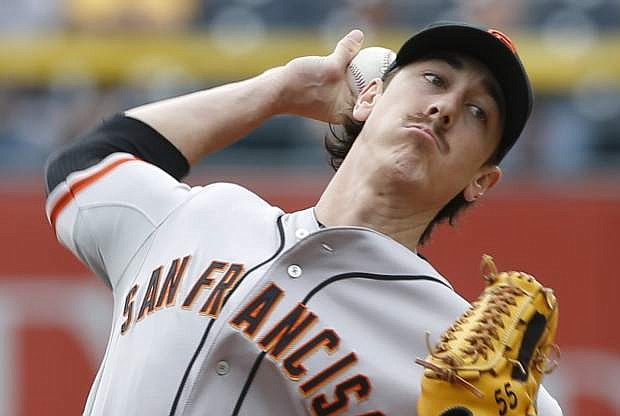 San Francisco Giants starting pitcher Tim Lincecum (55) throws against the Pittsburgh Pirates in the first inning of a baseball game on Wednesday, May 7, 2014, in Pittsburgh. (AP Photo/Keith Srakocic)