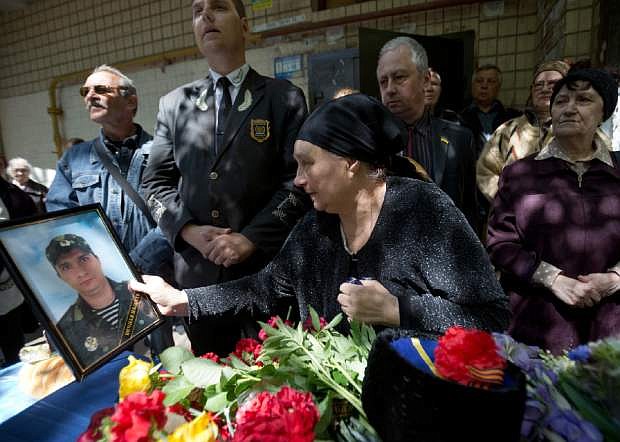 The mother of Dmitriy Nikityuk, a Cossack, holds holds his picture next to his coffin during the funeral in Odessa, Ukraine, Thursday, May 8, 2014. Nikityuk died of gas poisoning in the burning trade union building fire that killed most of the 40 people that died after riots erupted last Friday.(AP Photo/Vadim Ghirda)