Raiders get QB in Carr 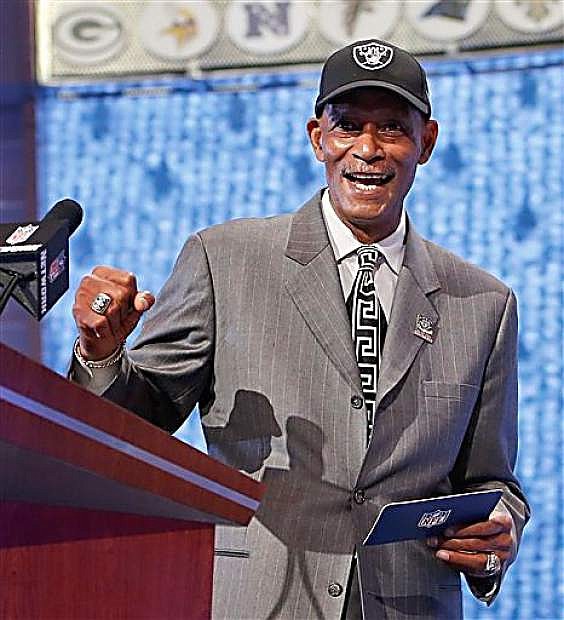 Former Oakland Raiders cornerback Willie Brown reacts as he announces Fresno State quarterback Derek Carr as the 36th pick by the Oakland Raiders in the second round of the 2014 NFL Draft, Friday, May 9, 2014, in New York. (AP Photo/Jason DeCrow)