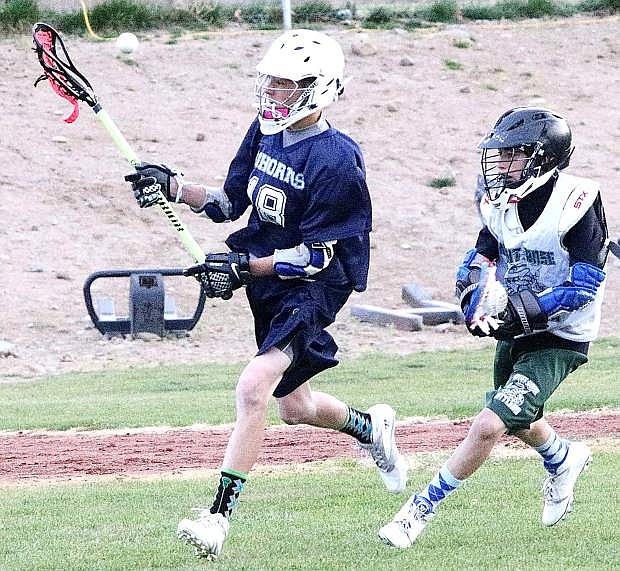 Oasis Bighorns player Josh Carter works to score during a game this season. The Bighorns host Mount Rose at 5 and 6 p.m. today at the Churchill County Regional Fields.