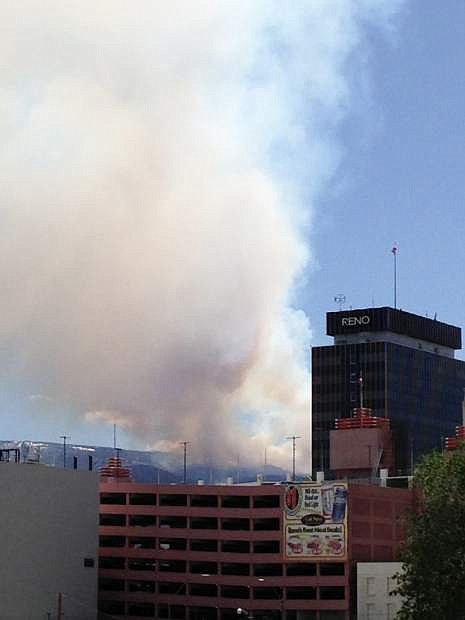 Smoke billows across the downtown Reno skyline on Sunday, May 18, 2014, from a wildfire burning in the wilderness in the Sierra foothills above the city&#039;s southwest side. About 150 firefighters with the help of three helicopters were fighting the blaze on Monday. Officials said there was no immediate threat to homes. (AP Photo/Scott Sonner)