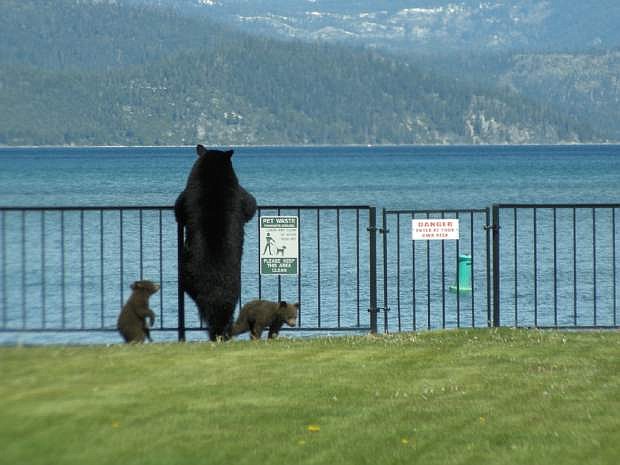 In the spring of 2014, Neal Simmons took this photo of a bear and her two cubs surveying Lake Tahoe from grass near the Tahoe Keys Marina in South Lake Tahoe.