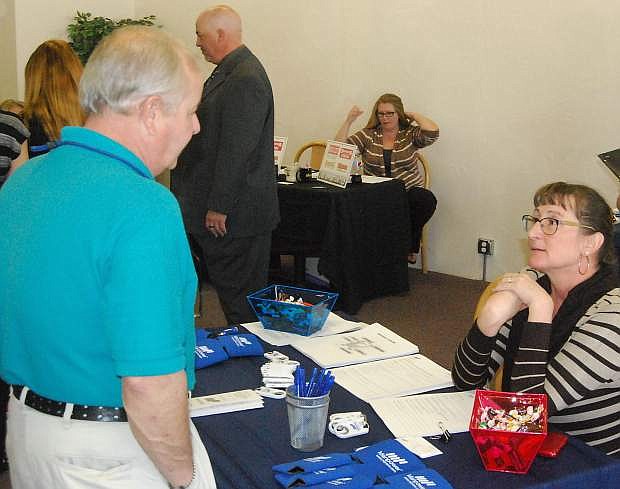 Although unemployment has declined in the county, a job fair held in November placed job seekers with emlpyers such as Lisa Gonzales from Manpower, right.