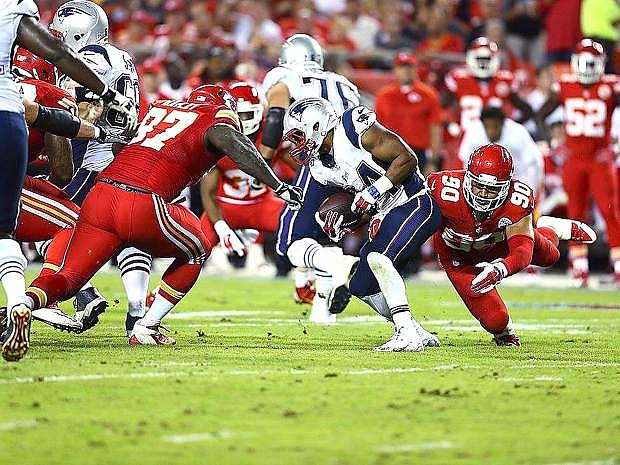 Kansas City linebacker Josh Mauga, right, and teammate Allen Bailey work to bring down New England running back Shane Vereen during the Chiefs&#039; 41-14 rout over the Patriots on Monday in Kansas City.