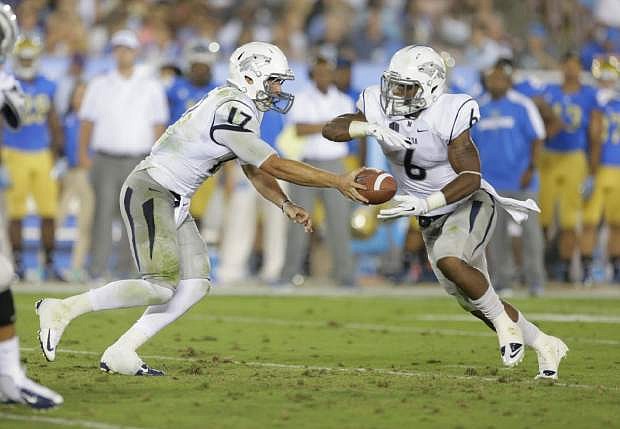 Nevada quarterback Cody Fajardo hands off to running back Don Jackson during the first half of an NCAA college football game against UCLA in Pasadena, Calif., Saturday, Aug. 31, 2013. (AP Photo/Chris Carlson)