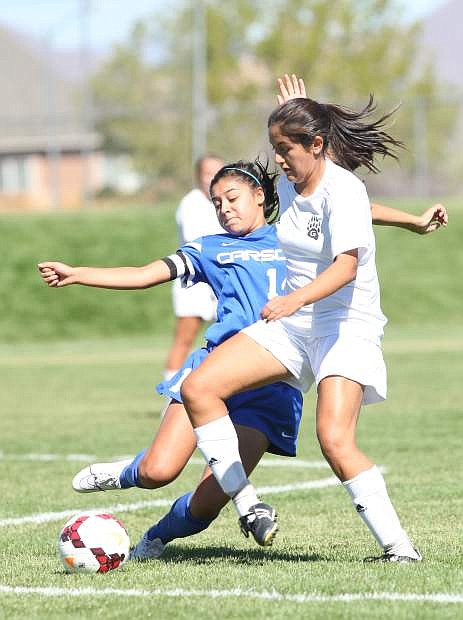 Mid-fielder Chantal Torres goes after the ball in a game against Galena Saturday afternoon in Reno.