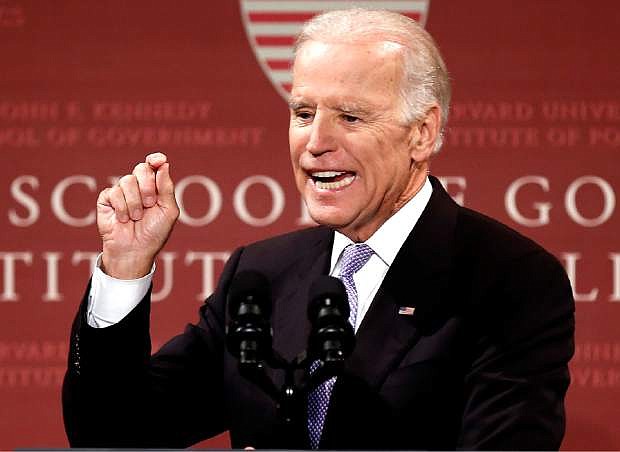 FILE - In this Thursday, Oct. 2, 2014 file photo, Vice President Joe Biden speaks to students, faculty and staff at Harvard University in Cambridge, Mass. Biden is due to headline a Democratic campaign rally in Las Vegas, with a downtown appearance Monday, Oct. 6, 2014, to talk about raising the minimum wage. (AP Photo/Winslow Townson,File)