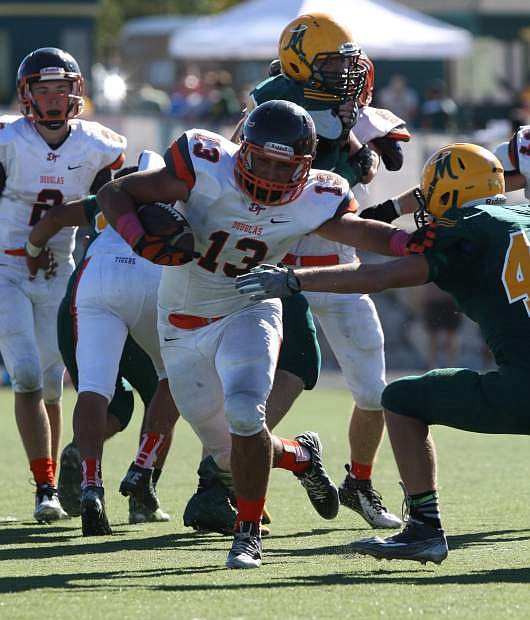 Douglas running back Kaleb Foster punches through the Manogue line on Saturday at Bishop Manogue HS in Reno. The Tigers lost 18-13.