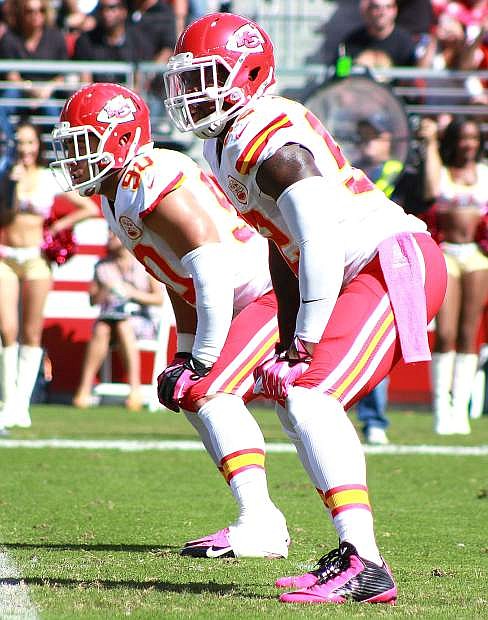 Former Nevada and current Kansas City teammates and linebackers Josh Mauga, left, and James-Michael Johnson get in position during the Chiefs&#039; 22-17 loss at San Francisco on Sunday.