A ‘Wakeling’ for Carson 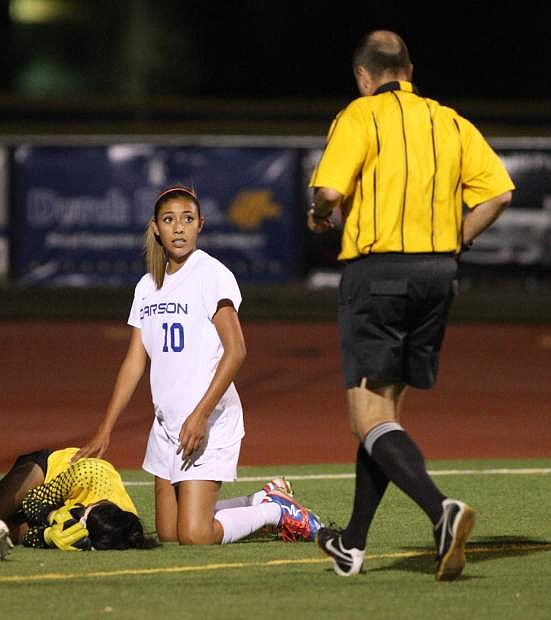 Galilea Cid checks on Manogue goalie Ramneek Dhami after she scored a goal while colliding with the goalie.