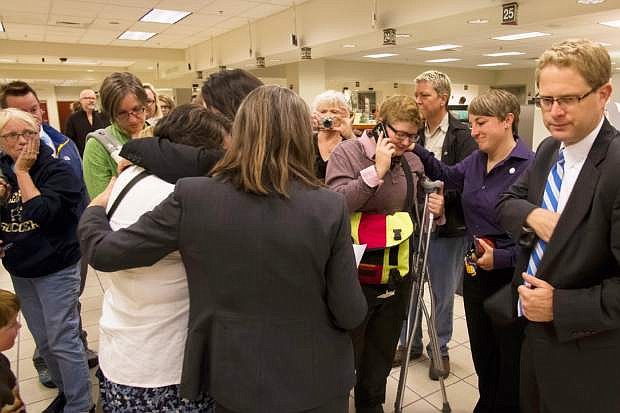 Rachael Beierle, third from right, calls family to tell them she and Amber Beierle, second from right, will not be able to get married on Wednesday, Oct. 8, 2014 at the recorder&#039;s office at the Ada County Courthouse in Boise, Idaho. U.S. Supreme Court Justice Anthony Kennedy has temporarily blocked an appeals court ruling that declared gay marriage legal in the states of Idaho and Nevada. The order came minutes after Idaho on Wednesday filed an emergency request for an immediate stay. (AP Photo/Otto Kitsinger)