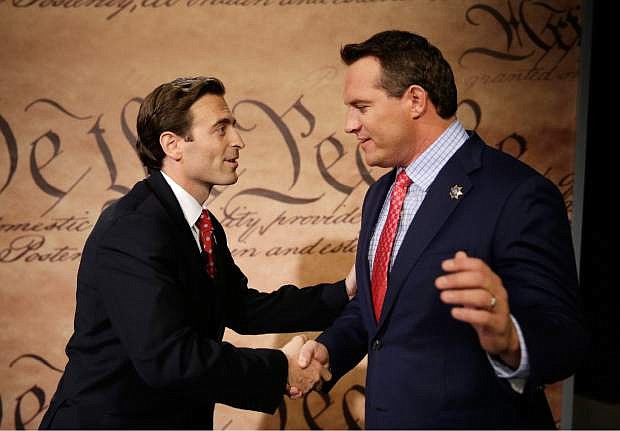 Adam Laxalt, left, shakes hands with Nevada Secretary of State Ross Miller before they debate Friday, Oct. 10, 2014, in Las Vegas. Laxalt and Miller are facing each other in a race for attorney general in Nevada. (AP Photo/John Locher)