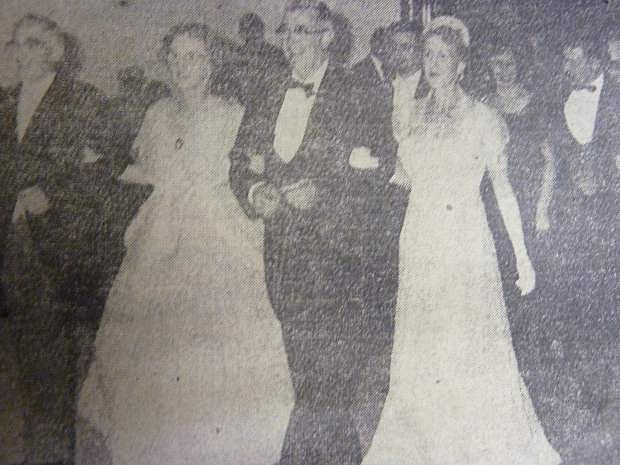 From the Nevada Appeal on Nov. 1, 1957: Leading the Grand March at the 1864 Ball are Gov. and Mrs. Charles Russell and Supreme Court Chief Justice and Mrs. Milton Badt, while second in line are Mr. and Mrs. Bill Engel and Mr. and Mrs. Stan Pochop.