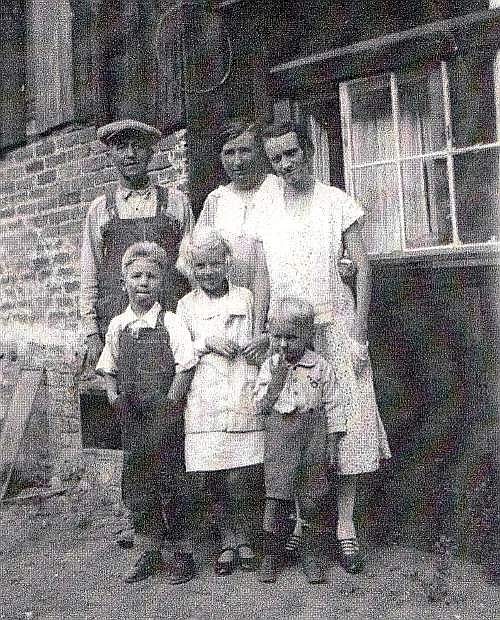 Diedrich Hesse, second from left, on the Emerald at Glenbrook Bay at Lake Tahoe. The year is unknown; however, his license to act as chief engineer is dated July 22, 1918.